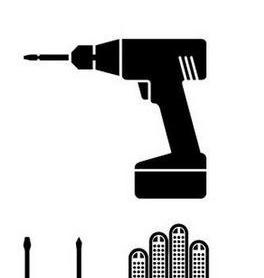 Since July last year, the â€œlead faucet exceeds the standardâ€ is like a heavy weight, which has exploded the sensitive nerves of the public and caused consumers to question the faucet production line. In order to fully understand the current status of production of copper and stainless steel faucets from major brands in China and around the world, the National Federation of Industrial and Commercial Sanitary Ware Committee of the United Nations Home Building Materials Testing Center invited the Chinese home mainstream media matrix to launch the China Plumbing Hardware Industry Enterprise in early September. Field visits.

According to R&D experts from brand companies such as Lu Da, Jiu Mu, Zhong Yu, Shen Lu Da, and Brilliant Plumbing, copper and lead are accompanied by each other. There is no 100% pure copper in nature. Brass requires a small amount of lead during the production of the faucet to improve the cutting performance of the brass. If lead is not added to the production of faucets, not only cutting difficulties, poor forging properties, etc., but also finished products will crack due to poor stress corrosion resistance. According to Xie Xin, Secretary-General of the All-China Federation of Industrial and Commercial Sanitary Ware Committees, â€œThe current copper faucet is almost harmless to the human body in normal use. The lead that the human body absorbs from different channels every day has a safe value. The faucet is in water. In the process of flow, the precipitation of lead is almost undetectable, and the panic of faucet lead poisoning is an unfounded fallacy."

According to Hong Guangming, general manager of Shenluda Group, the mainstream taps in developed countries in Europe and America use brass as the main raw material, mainly because of the antibacterial properties of copper. This is the advantage that other materials, such as stainless steel and plastic, do not have. Zhu Jianhong, deputy general manager of Luda Group, believes that China has the world's largest manufacturing base for low-lead copper, and it is the world leader in the research, production, and processing of low-lead copper. Lin Hsiao-fat, chairman of Jiumu Kitchen, said that the laboratory tests found that stainless steel faucets do not contain lead, but they contain elements such as nickel, chromium, and manganese. Excessive precipitation of these heavy metals can also cause serious damage to the human body. Cai Yu, CEO of Zhongyu Sanitary Co., Ltd., said that the completely lead-free copper faucet does not exist, and the concept of lead-free in the market actually refers to low-lead, and the requirements for copper components, process technology and electroplating treatment are high, and the powerful enterprises Conditional production.

The National Building Materials Industry Construction Hardware Plumbing Product Quality Supervision, Inspection and Testing Center launched a new version of GB 18145 (instead of the 2003 version) â€œCeramic Sealed Tapâ€ in 2014. The mandatory precipitation requirements for 17 kinds of heavy metals were adopted, equivalent to North America. The NSF61 standard has strict control over the market. Cai Shizhan, deputy general manager of the brilliant plumbing executive, said that all the powerful companies in the Chinese sanitary ware industry participated in the research and formulation of this standard. Only 30-35% of medium-sized and large enterprises could adapt to the new standard, and some small and medium-sized enterprises without strength faced elimination. The new national standard will play a powerful role in promoting the industry.